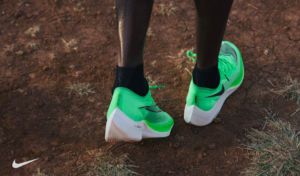 Fresh Film director Harry George Hall traveled to Ethiopia a month ago with Nike to photograph Mo Farah training at altitude. The running star is due to appear at this weekend’s London Marathon.

The campaign has launched ahead of Sunday’s race and showcases the power, speed and stamina of the much-admired Olympian who runs 120 miles a week. Despite his ability and fame, he remains grounded and is an inspiration for so many people.

Ethiopia provided a beautiful backdrop for the campaign, as Harry took the photos while at 10,000 ft above sea level – highlighting once more how relentless Mo Farah is.