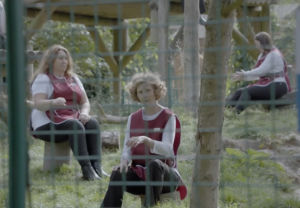 Starting at MTV, he’s since made films for the BBC, Nike, Virgin Trains, O2, McDonalds among tons of others, and, if Antarctica would just sort its life out his award-winning short films would have been on every continent in the frickin’ world. You’ve made a powerful enemy Antarctica.

You can see more of Sami’s work here.