Chris Craymer Gifts of the Heart 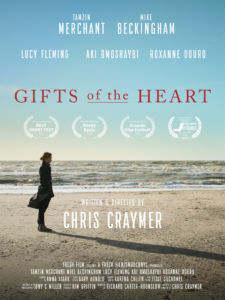 Fresh Film’s renowned director/photographer Chris Craymer has directed his first short film.  The idea for the script arose from a chance discovery that recipients of a heart transplant could inherit certain personality traits or desires of the donor.

The film presents a poignant journey of a young widow as she comes to understand that her late husband’s heart has given more than just the gift of life to the recipient. The story is about her realisation that life is full of mystery and charts her growth as an emotional being.

Based in New York, Chris felt compelled to film back in his homeland and shot in favourite location of his, Camber Sands.  The raw wildness of the area and the typically English settings make the perfect backdrop for this emotive film.

The trailer is now released with the final short scheduled to appear later next year and is being shortlisted at global film festivals.