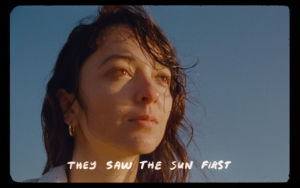 ‘They Saw The Sun First’ is a timely, genre-bending art-house documentary using dance and physicality to explore themes of youthfulness, fear, regret and ageing.

The words come from real interviews with a diverse selection of New York’s elderly, brought to life through dance, performance and the magic of imagination.   Each dancer was given a voice to interpret (without ever meeting the owner of that voice) through dance, movement, emotive states and space, led by Movement Director Vanessa Marian.

The poignant message of the film derived  from an old African proverb could not be more relevant in these times: “Old people’s speech is not to be dishonoured – after all, they saw the sun first.”

The film focuses on our commonalities as opposed to our differences, addressing the echo chambers and deepening chasm that exists between generations, by reframing what it means to listen to our elders.

The music was composed by FKJ, the award-winning French multi-instrumentalist and singer.  He rewrote his track ‘Ylang Ylang’ for the film.

You can watch the full film here.