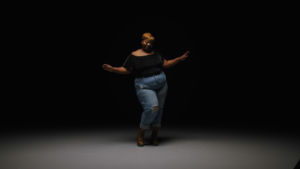 Harry George Hall was approached by Livity to create a film inspired by George Michael’s “Freedom! ‘90” track, and inspire a new generation with lyrics inspiring the overcoming of challenges to be true to yourself.

Hall projected his own lens of storytelling, documentary making and directing real people onto the film, celebrating a cast who have travelled far to achieve their own individual version of freedom. Placing centre stage 12 inspirational young people dancing and losing themselves in the track, they lip-sync to the lyrics, celebrating their own uniqueness.  The result is a powerful uplifting film, highlighting the vital need to be true to yourself and pursue your own unique version of freedom.

Instead of supermodels in the original Freedom 90 at the heart of this new video are 14 inspirational young people, who have each overcome a severe form of adversity in their life. The final cast were selected from an overwhelming response to the casting call, that asked people to respond to what the word ‘freedom’ meant to them. Each of the final cast personified freedom in a different and very personal way.

The new music video aims to highlight the importance of being true to yourself and finding your own freedom, with the cast performing to the powerful lyrics: “I think there’s something you should know / I think it’s time I told you so / There’s something deep inside of me / There’s someone else I’ve got to be”.

Harry said ‘The casting process was one of the most inspiring two weeks of his career’.