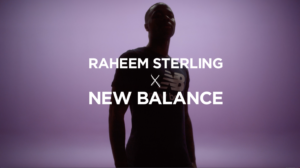 A 360 campaign produced in a short space of time, Harry shot both the film and stills.

This amazing project with Fresh Base and Ear to the Ground, also involved ReachOut, a mentoring charity for young people from disadvantaged communities. The young people attended the shoot and shadowed members of crew, learning disciplines such as directing, photography, editing and styling. Everyone involved was offered longer-term access to mentorship opportunities.

You can watch the film here