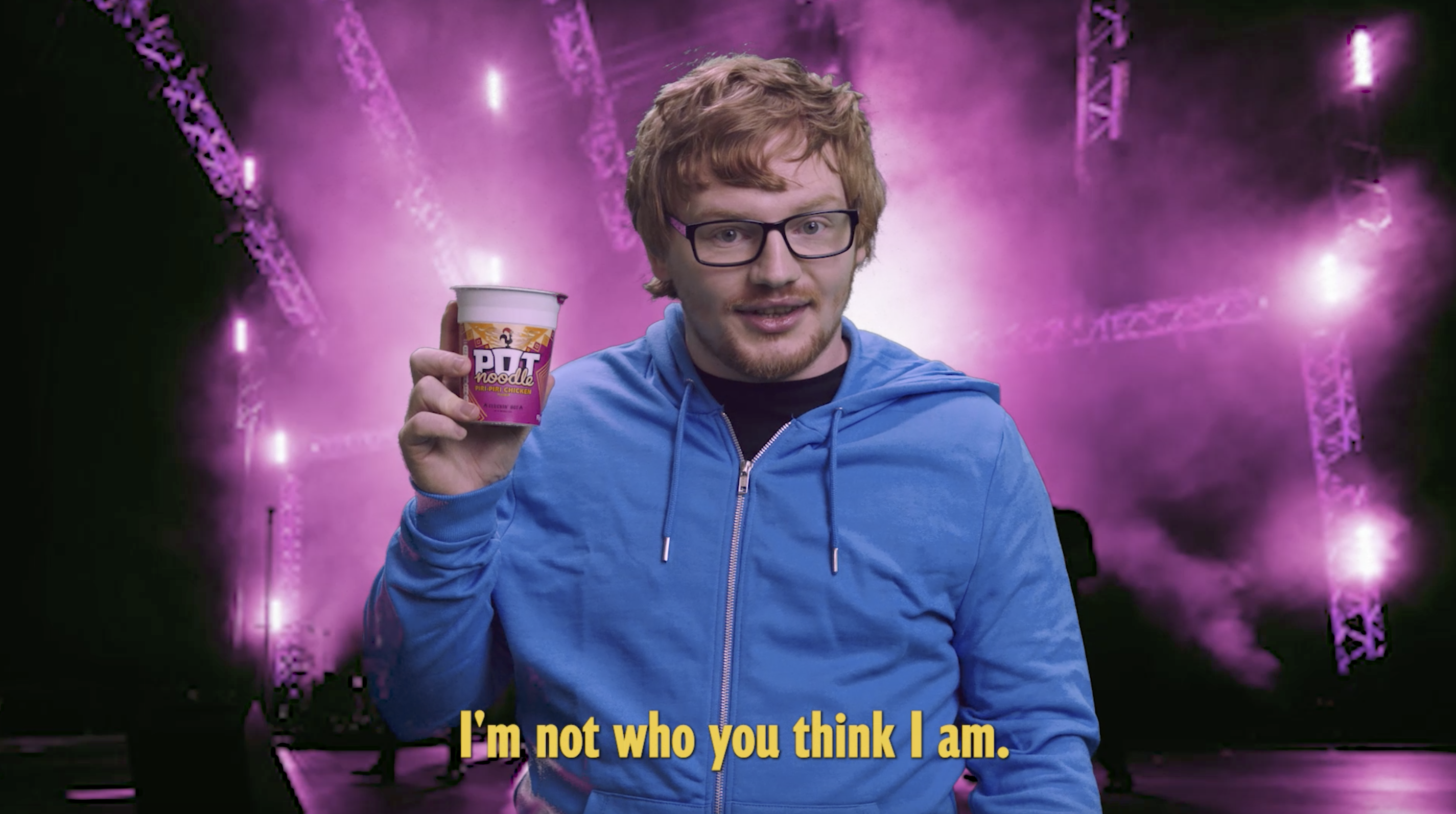 The New Piri-Piri chicken Pot Noodle is very similar to another well-known favourite Peri Peri chicken restaurant – the one with black cards for celebrity diners – just this one’s a bit different: It’s spelt differently, cheaper, and made in a pot with hot water.

To launch the new flavour, Pot Noodle offered a black card and lifetime supply of Pot Noodle, but not to a celebrity – to the best celebrity lookalike in the country!  With Pot Noodle you don’t have to be famous – you just like you are…

adam&eveDDB approached us to bring the idea to life and we brought on board the awesome director Laura Borgio and found the not-so-famous Ed Sheeran lookalike Wes.

In the words of Simon Petter our producer, ‘The agency were brilliant and collaborative.  We spent a couple of weeks brainstorming ideas as there was a limited budget and then they left Laura to it with loads of directing space.  Laura and I spent the shoot day making each other cry with laughter. Her understanding of comic timing and light directing touch allowed Wes to blossom and not feel like the butt of the joke, so she got an amazing performance.’