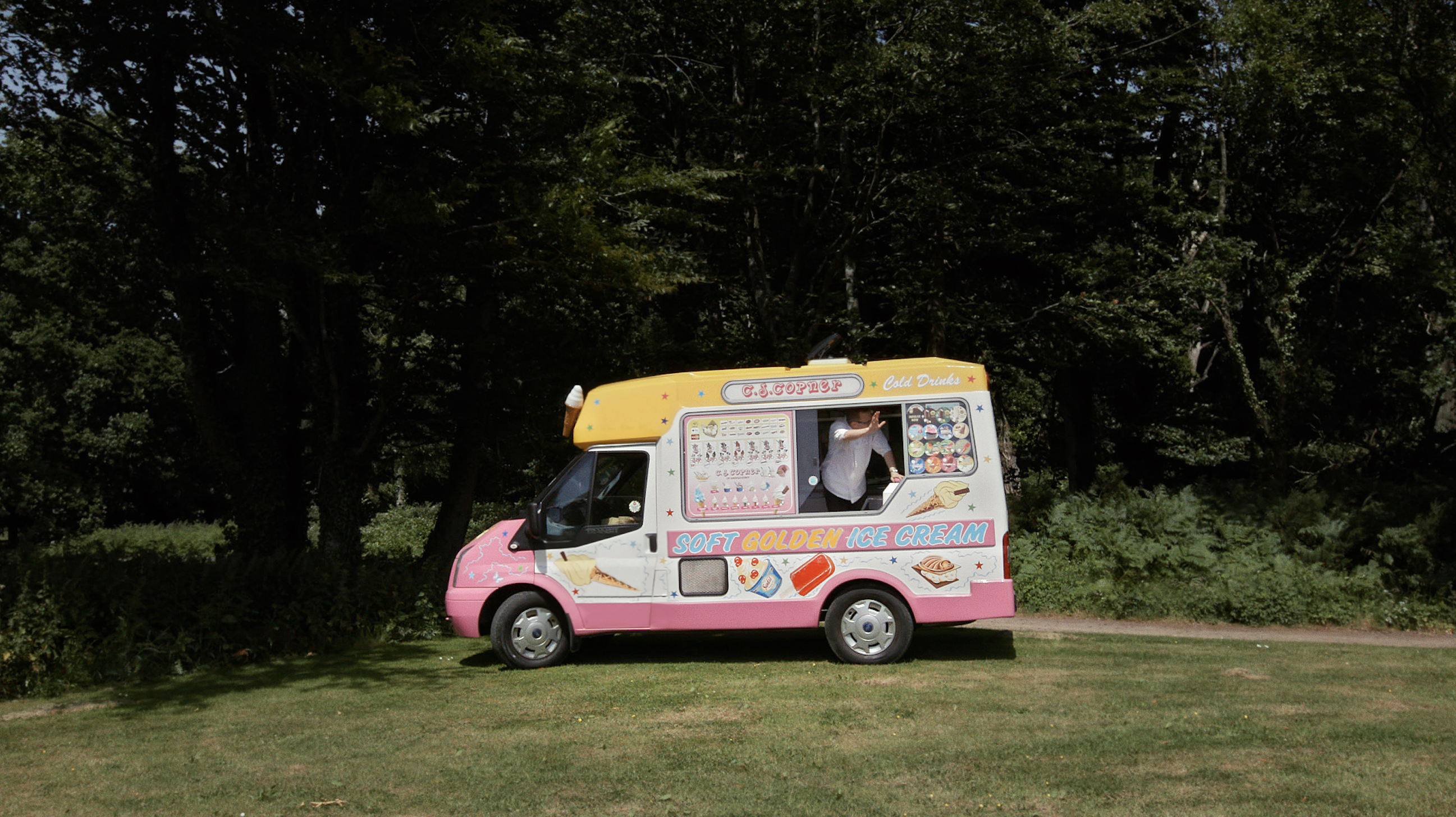 To celebrate 100 years of the nostalgic Wall’s Ice-creams  Adam & Eve and Walls decided to celebrate in the most British of ways: getting in the Guiness Book of Records – and having a party. The aim was to get the largest number of Ice Cream Vans together to break the existing world record plus a party with all the free ice cream you can eat on the beach. And,  to capture it all in a docu-influenced commercial.

This was perfect for Fresh Film’s Harry George Hall.  Bringing his documentary and commercial background together alongside his stills photography and ability to unfold a personal narrative in one frame.

Harry’s films celebrate the visually engaging quirks of the very British icon that is the Wall’s ice-cream van, whilst simultaneously unfolding the engaging personal narratives and nuances within.  Despite the edits being fast, there’s a stillness within some of the frames, echoing Harry’s stills photography.

Added to this the fact that the creatives Jay & Forrest were keen to bring humour to the films. Harry added a scoop of Martin Parr, sprinkled with great use of sound design, to create fly on the wall vignettes that entertain the eyes, whilst being familiar and real. (Listen out for the naughty seagull at the end).

On a practical level the job involved hitting the road for a week in Simon, the Producers, car.. Besides the obvious team bonding, this meant the team could be light and reactive, and become part of what was going on. Giving them chance to meet characters like Chris who the team spent a day going through his Wall’s memorabilia collection in South Wales.  The collection was so extensive it extended thoughout his home into an industrial lock-up.  They’d ask Chris to grab a piece of Wall’s memorabilia to dress a shot, and he’d return with everything from flags, bins, lights to replica models.

“It was really important to us that we understood the mannerisms and personalities of the ‘mobilers’ as the ice cream drivers are known as” notes Harry.  “An extensive casting led to some really great characters with great stories. Adam & Eve were great at trusting us to find the stories. The client knew the brand cues we’d try and hit, but left the way open as to how we got to them open which was a real privilege.”

“We wanted to create a thread that ran through the four films, but also create four insights into the Walls world that were intriguing in their own right.  We were wary of prescribing the types of stories we wanted to find.  Participants spoke for hours (literally) about their love for the industry and how they got into it.  The biggest problem we faced was trying to squeeze these stories and personalities into four 15” spots.  We’ve got enough material for a feature length documentary.  It was a dream job, topped off with eating my share of ice cream on this job, but the twister is still my favourite…”