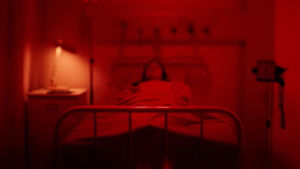 Abdelmassih: From Miracle to Crime, a true crime series, is the most recent, the most intense, and the biggest project Director Luiza de Moraes has ever done.

Approached over a year ago to treat on a tv series about Roger Abdelmassih, Luiza was unsure if she wanted to take on the task of telling his story. Roger was a fertility doctor in Brazil in the 90’s. When his status had risen to celebrity doctor millionaire, a bombastic news article came out saying that at least 6 unidentified women had been sexually abused while receiving a fertility treatment at his clinic. Not only that – they were abused during the egg retrieval portion of the treatment, while under sedation. That number would go from 6 into hundreds.

Luiza noted “It was a hard decision to make. I had never done something so dark. This would involve reenactments – reenactments of abuse. Did I have the mental capacity to handle this? It wouldn’t be the kind of story that at night I could just lay my head down and peacefully sleep. This was real life. And that’s when it came to me. A real life horror film. It was clear in my mind that people needed to feel like this was like any other true crime that involved murder weapons and bloodshed. This was a horror story that happened to multiple women. It became more than a job, it was a social responsibility. I went full steam ahead and ended up getting the job through my treatment.

Unfortunately right on a weekend the series launched an anesthesiologist was reported abusing a sedated patient during a c-section. Unfortunately, this story is not an old story, unfortunately – it is the story of the present moment

5 months of research, 1 1/2 months of shooting interviews and b-roll, 1 1/2 months of pre pro and 10 days of reenactments. 8 months of editing and I’ve accompanied it all the way to the finish line. I had intense therapy through out the process to be conscious and know how to interview trauma victims and to also be able to to lead a crew in such a triggering subject.

It has been my biggest life lesson, and the most challenging job I have ever done in ways I never knew were possible. So thankful for the opportunity to tell such important stories and for the people that have helped me along the way. “