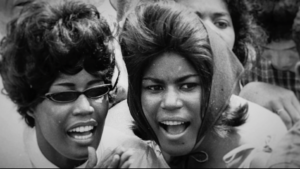 “Part of being an activist is knowing you can be one.”

As said by Fredgy during the initial call with Planned Parenthood. “I was talking about how important it is that we not focus on figureheads of the movement and instead make the campaign include ordinary Black women. To show that we are all in this together.“

Fredgy Noël’s important film for Planned Parenthood features Black women leaders in the reproductive justice movement, highlighting the threats ahead for abortion access, and expressing unwavering support for policies that protect the right to reproductive freedom and abortion justice. A salient priority this year in the repro movement.

The film’s narrative comes from a keynote speech from Planned Parenthood President Alexis McGill Johnson, which unites the filmed and found footage, the latter thanks to a collaboration with the Black Archives.

Check out the 5 star review in David Reviews here

Deon Haywood-Women With a Vision